The Role of the Council of Europe in Challenging Times

The Council of Europe Turns 70

2019 has been a year of many political challenges but it is also a year of celebration, since it is the 70th Anniversary of the Council of Europe.

Therefore, on 25 November 2019, the European Centre for Advanced Studies, together with Leuphana University Lüneburg and the Ministry for Federal and European Affairs and Regional Development of Lower Saxony, will celebrate the 70th anniversary of the Council of Europe with a conference on the topic

“The Role of the Council of Europe in Challenging Times”.

The end of the year is not only a good time to reflect on the past, but also to take a look into the future. The Council of Europe was founded in 1949 in response to the Second World War and as such has the task of promoting and safeguarding democracy, human rights and the rule of law throughout Europe. To date, 47 States have acceded to the Council of Europe. The European Court of Human Rights is probably its most well-known body, judging on violations of the European Convention on Human Rights.

We look forward to welcoming you to this event!

Registration: Participation in the conference is free of charge. Due to limited seating, please confirm your participation until 21 November 2019 at kpeper@leuphana.de. 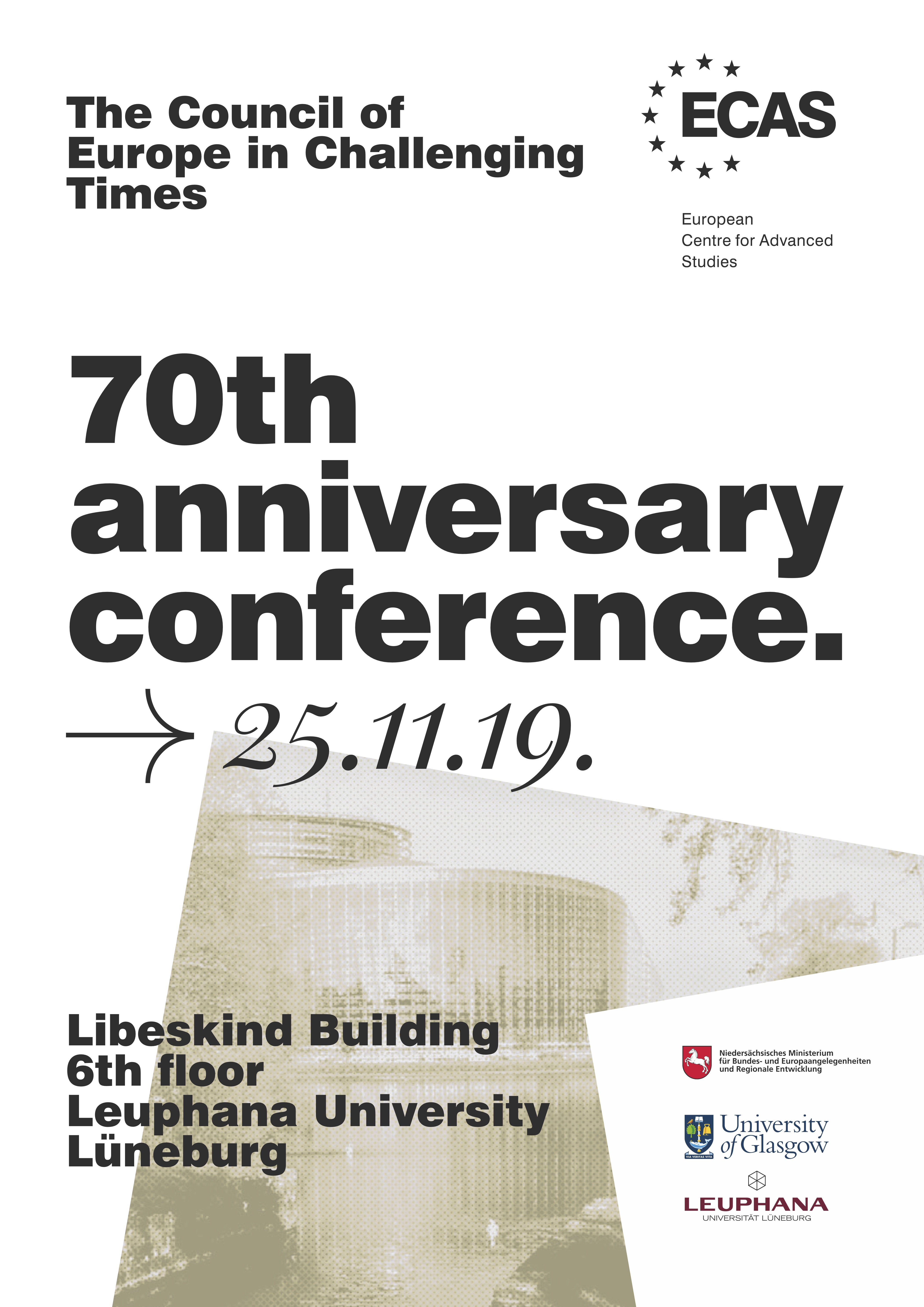 You can find the entire Conference Programme here.