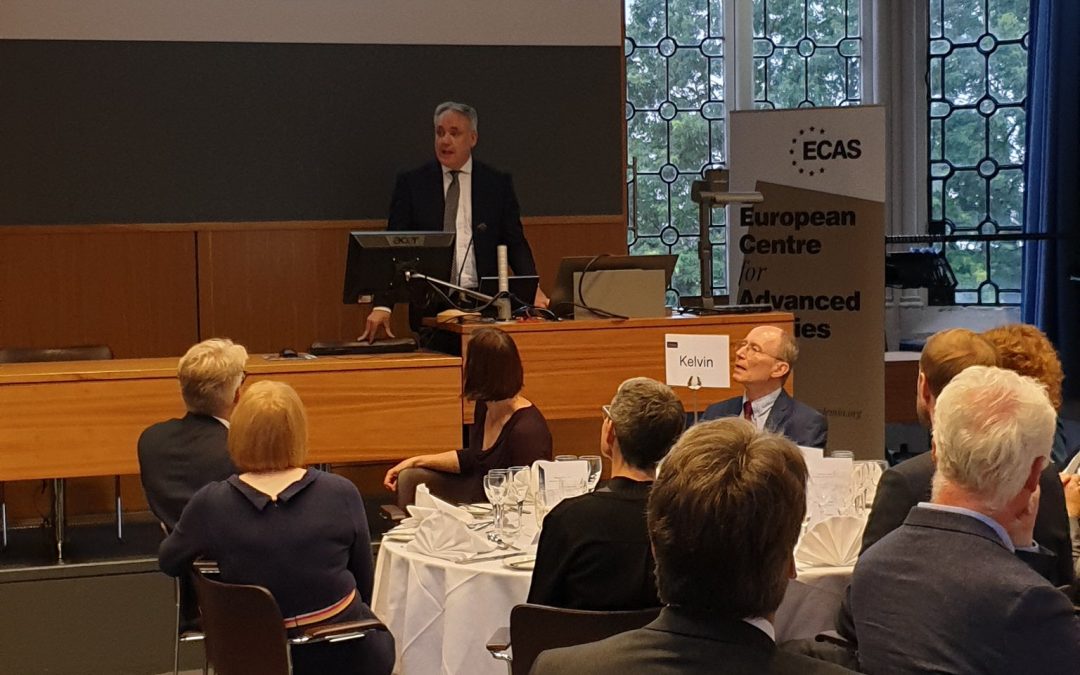 On 3 and 4 September, ECAS’ Academic Directors James Conroy and Jörg Philipp Terhechte had the honour to introduce the European Centre for Advanced Studies at a meeting during the visit of a delegation from Lower Saxony to Scotland. The guests from Germany were welcomed by Richard Lochhead (Scottish Minister for Further Education, Higher Education and Science) and included Björn Thümler (Lower Saxony’s Minister for Science and Culture) as well as Presidents from Lower Saxony’s universities. After a visit to the University of Oxford and Cambridge University, the delegation paid a visit to Glasgow University where they met with, among others, high level representatives from Scottish Universities and linked institutions.